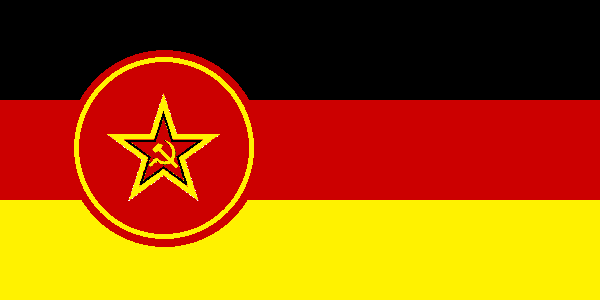 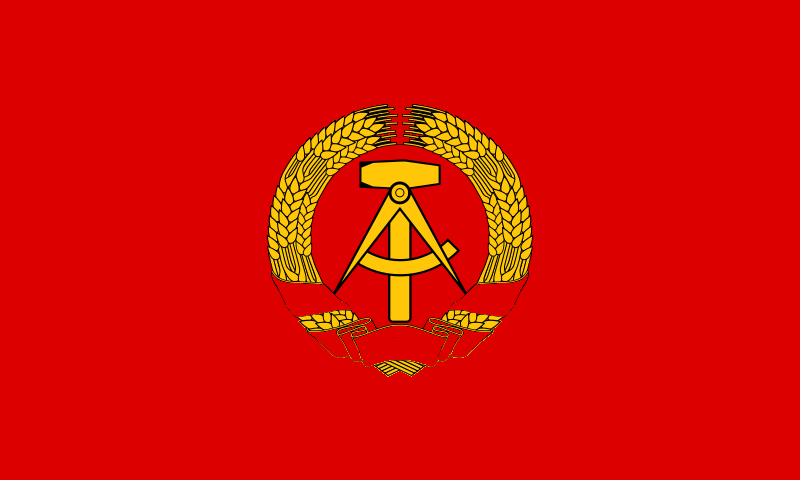 Marcus Schmöger , 26 Sep A second variant shows the logo on a white rectangle on the red field. Although higher than wide, these flags are not hanging flags, but flags attached to a flagstaff at the longer side [ Knatterfahnen ].

This variant is the frequently used one during demonstrations, carried as a Knatterfahne. A third variant is the same as the first variant , but as a horizontal flag showing the logo in the canton.

In they used a new vertical flag, red with a red portrait of Che Guevara in a white field in the canton, beneath this the inscription "DKP" and Deutsche Kommunistische Partei both in white.

Quite recently last year? The flags they use at least here in Munich now almost always show Che, which I found somewhat strange, as I regarded Che an icon of rather non-dogmatic leftists, not the glamourboy of the old DKP stalinists.

Marcus E. Schmöger , 9 Apr The flag of German Communist Party charged with the portrait of Ernst Thälmann has both a "national" variant and some "local" variants.

On the national variant there are no subnational unit names. It has been photographed in Aachen on , with additional photos available here.

The second variant shown here is obviously a local variant from the city of Cologne. Tomislav Todorovic , 4 August The above image shows the reverse hoist on the right-hand side , as I do not know exactly how the obverse looks like.

The flag of Vietnam , an example of a red flag with a gold star. Young Pioneers pin featuring a stylized portrait of Vladimir Lenin.

Che Guevara's image , symbol of Guevarism. Worker and Kolkhoz Woman , an example of a statue featuring workers in the style of socialist realism.

Stylized raised fist , used both as a symbol in itself and as a salute. Mao Zedong badge from the British Museum.

Flag of the Soviet Union. Flag of North Korea. Flag of South Yemen. Flag of the Awami Tahreek Pakistan. The logo for Antifa.

The flag of Angola. Christian Communist symbol Communist Republics of America. Flag of League of Communists — Movement for Yugoslavia.

Flag and anthem for a Communist Germany